Back to Blog Posts
Prev Next

CRG Companies has teamed up with the Reggie Sanders Foundation to assist in promotion of the Legends Never Fade celebrity softball game that will feature celebrities from across the nation who will hit the field to raise funds for Autism. The event will be held at Pelican's Baseball Ticket Return Field on Saturday, April 2nd, 2016 and will feature Hall of Fame legendary coaches Tony La Russa and Bobby Knight teaming up against Coastal Carolina University Head Football Coach, Joe Moglia, and "Iron Man" Cal Ripken Jr. as they lead a team of celebrities in the Legends Never Fade celebrity game.

In addition to the big game, celebrities will be signing autographs and participating in a live & silent auction of over 150 items ranging from sports memorabilia to dream vacations. Tickets will be sold online through TicketReturn.com and celebrities will be announced online throughout the month of March. Like the Reggie Sanders Foundation on Facebook or signup online to stay up to date with the latest on this event!

About The Reggie Sanders Foundation

Recognized as a 501(c)3 nonprofit public charity, Reggie Sanders Foundation, works to provide a comprehensive network of support for children and families living with Autism Spectrum Disorders. The Reggie Sanders Foundation was formed and created by Reggie and Wyndee Sanders in 2012 who realized the lacked genuine support available for children and families with  special needs and autism in Reggie's South Carolina hometown. Their mission is to develop channels of family support, education, advocacy, and public awareness and to provide individuals with autism a lifetime network of opportunities by enabling them to become fully participating members of society. The Foundation works to find treatments, cures, and potential prevention for all who struggle with autism and to provide them with the resources they need to function.

Interested in playing for a legend? Become a sponsor and have your chance to suit up with the pros. More details available here.

Commitment To The Community

Learn more about the ongoing initiatives at CRG Companies to support the organizations that serve Myrtle Beach and the surrounding areas here. 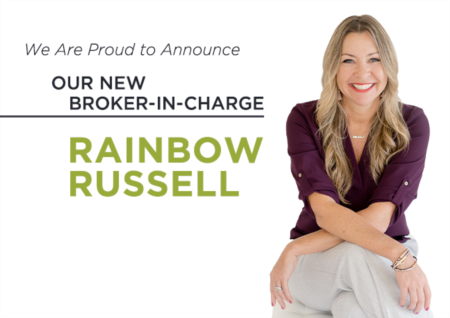 New Broker-In-Charge, Same Great CRG Companies Higher Standard of Service As part of our continued dedication to bring each ...

CRG Companies' team of professionals is known for making headlines for continuing education, community service, and of ...

Read More
Posted by Sarah George-Moniz on May 1, 2019
From Our Blog