Back to Blog Posts
Prev Next

The Lewis Family, Habitat for Humanity, the CRG team, and an amazing group of volunteers and contributors joined together this past Saturday, March 19th to celebrate the completion of the newest Habitat sponsored home! After everyone had a chance to tour the new home, Carla Schuessler and Rachel Kennon, with Habitat for Humanity of Horry County, started off the home dedication by introducing the family and describing the long process and many hours Billy and Keandra Lewis dedicated to reaching their goal of homeownership through the Habitat program.

Preston Guyton, president of CRG Companies, and Kadin Karschner, the CRG home designer that created the home plan designed especially to fit the needs of the Lewis family, explained CRG's involvement with Habitat for Humanity as well as the process of designing and building this home. As with any CRG home, quality materials and an efficient floor plan were high priority as well as allowing the family to stay involved in the design and selections process. While CRG supports many philanthropic efforts in the Myrtle Beach area, this project stood out to the company as we had the privilege of being involved from the  beginning to end.

The Wellspring Church recently “adopted” the Village of Dreams, the community started by Habitat for Humanity of Horry County, to freshen up the neighborhood and assist in building and promoting future Village of Dreams homes. Their leaders and members came out to show their support and help dedicate the new home. Keandra Lewis read aloud a letter she had written thanking her friends and family, Rachel and Carla, CRG Companies, as well as the community for the support and encouragement throughout the entire process. The heartfelt words and number of supporters that day made it clear this home meant a great deal to everyone involved.

After months of anticipation and hard work, it was finally time for Preston to hand over the keys to the Lewis family and for the family to cut the ribbon symbolizing the final step in the home dedication!

An Exciting New Partnership With a Local Builder

When Carla and Rachel initially set up a meeting with Preston Guyton, Terri Nardslico, and the in-house marketing team to discuss a potential partnership with CRG, they had decided to “go big” and request support for the entirety of the home. They had already secured land for the home and held plans that had been used for previous homes, they just needed a builder to assist with putting the plan in action. As soon as they reviewed the plans, Preston and Terri started brainstorming home plans that would custom fit the family. Knowing that the family included two young children, one of which had recently been struggling with allergies, they decided to have new plans drawn that allowed an open floor plan, perfect for this family dynamic, and interior selections based on allergen ratings. When Rachel and Carla left the CRG office, they were ecstatic to have an enthusiastic company on board with home design plans for the family and marketing plans to increase local support already in the works!

As the project progressed, our team was met with overwhelming support from vendors, who helped coordinate services and products for the home. We would like to extend our gratitude to the many volunteers, local vendors and subcontractors, and supporters that donated time and/or materials and helped reward this family for their hard work and dedication to the Habitat for Humanity program by fulfilling their dream of homeownership in Myrtle Beach, SC. A special thanks goes to Monarch Roofing who donated the roof, Terri and Al Nardslico who showed their support by donating time and funding, Hucks & Washington for donating furniture, Brooke Christl who donated a family photography session, and the CRG team members who volunteered in preparing the finished home in time for move-in day.

This home is the 126th home built by Habitat for Humanity of Horry County in the last 25 years. Homeowners are selected based on need for simple and affordable housing, financial ability to pay a 30-year, interest-free mortgage, and willingness to partner with Habitat in building their home and homes for others. They must also complete workshops on maintaining a home both financially and structurally as provided by Habitat for Humanity.

Everyone at CRG enjoyed watching this project unfold and plans are underway for a continued partnership with Habitat for Humanity of Horry County for an annual home donation with support from our amazing contributors, vendors, subcontractors, and community! Keep an eye out for future CRG projects that improve our local community!

Read more on this project here. 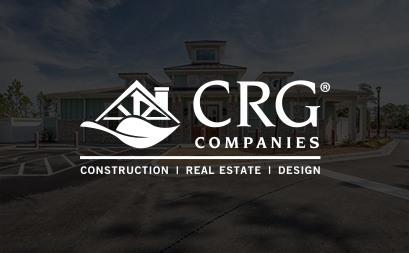 CRG Companies' team of professionals is known for making headlines for continuing education, community service, and of course, our talented work! As ...Read More 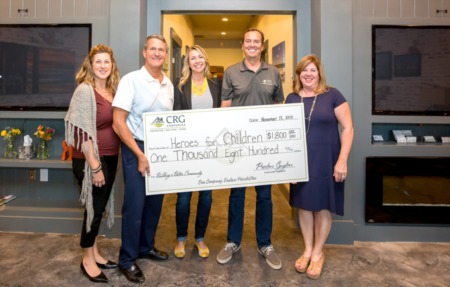